FSCS provide protection for temporary high balances up to £1m

On 3rd July reassurances were made to all consumers with temporary high balances which are held with a bank, building society or credit union- that should they fail, then their money is protected with an extra layer of security.
The Financial Services Compensation Scheme (FSCS) protects some types of temporary high balances of up to £1m for a period of up to 6 months, to include proceeds from house sales or a redundancy payment.  The FSCS will also provide unlimited cover for the proceeds of personal injury claims. This change comes from the European Deposit Guarantee Schemes Directive.


AWB Charlesworth confirms that all funds held by them in the firm’s Client Account, on behalf of the Client, will be covered by rules governing temporary high balances the same way they are protected by the FSCS for regular balances.

This cover is in addition to the current British saving limit of £85,000-however this will be decreased in January 2016 to £75,000. This is due to the strengthening pound, which has been soaring against the euro in recent months due in part to the on going crisis in Greece. The level of protection offered to savers is set in line with a European scheme, which protects savers’ deposits up to 100,000 Euros. Every five years the sterling equivalent of this amount is recalculated to set the limit for British savers.


For further advice or assistance on any Personal Law matters contact our Personal Law Specialists Roger Armstrong 01535 613660 roger.armstrong@awbclaw.co.uk or Liam O’Neill on 01756 692883 liam.oneill@awbclaw.co.uk 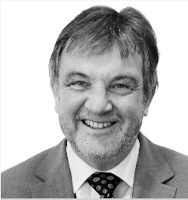