“Omai” what an interesting case…

I had previously read with interest the First-tier Tribunal case which involved Castle Howard, an “old master” painting by Sir Joshua Reynolds and what can be described as a little more than a disagreement with HM Revenue & Customs about the Capital Gains Tax (“CGT”) which was to be paid when the painting was sold. HMRC won their case in the Tribunal but the Howard family successfully appealed to the Upper Tribunal who found in favour of the Howard family. That decision was then appealed by HMRC and the matter was put before the Court of Appeal. Now the Court of Appeal has handed down its judgment and it is worth considering the key facts of the case.
The painting in point is a “Portrait of Omai” (my apologies for the pun in the title of this blog entry but I found it hard to resist) which had been owned by the Howard family and kept at Castle Howard since the late 18th century. The painting was sold by the executors of the late Lord Howard of Henderskelfe in 2001 for £9.4m.
Most estates like Castle Howard open their houses and grounds to the public, not only with a view to generating income for the estate but also with a view to securing Business Property Relief for inheritance tax purposes where possible when the estate devolves (Business Property Relief and Inheritance Tax have been the subject of an earlier blog entry by me and you click the link here to read it. It is an important aspect of the case that the Howard family carried on it’s trading activities through a limited company, namely Castle Howard Estate Limited (“the Company”). The painting was loaned to the Company who displayed it at Castle Howard as part of their trading activity of opening the house up to the public.
Because of the trading activities of the Company the Howard family argued that the painting was “plant and machinery” for the purposes of the CGT legislation. Usually an image of JCB’s is conjured up by the mind at the talk of plant and machinery but if the language used in the Taxation of Chargeable Gains Act 1992 (“the TCGA”) is considered carefully in light of previous cases it is easy to see how the Howard family constructed their argument. The key points are (with my own emphasis added in the form of underlining) set out below:
Section 45 of the TCGA provides that “no chargeable gain shall accrue on the disposal of, or of an interest in, an asset which is tangible moveable property and which is a wasting asset” Or to put it in plain English, no CGT is payable when a “wasting asset” is sold.
– Section 44 TCGA defines a “wasting asset” as “an asset with a predictable life not exceeding 50 years”. As the painting was already hundreds of years old how could it possibly be claimed that it had a predictable life not exceeding 50 years? The answer was, as shall become apparent, that this was irrelevant.
– Under Section 44(1)(c) TCGA there is an important exception to the definition of a “wasting asset”. The exception states that “plant and machinery shall in every case be regarded as having a predictable life of less than 50 years”. So, even if the painting could clearly last for hundreds of years from the date it was sold it could still be treated for CGT purposes as a “wasting asset” if the Howard family could establish that the painting was “plant and machinery”.
– Unhelpfully (or helpfully to the Howard family) “plant” is not defined in the TCGA. You have to look back to 1887 and the case of Yarmouth v France to find the definition. In that case “plant” was defined as “whatever apparatus is used by a businessman for carrying on his business” and that this included “all goods and chattels, fixed or moveable, live or dead, which he keeps for permanent employment in his business”. This is why the loan of the painting to the Company who operated as a trading business was so vital. The Court of Appeal took the view that the length of the loan of the painting to the Company had established the required degree of “permanence”.
– The TCGA contains no provisions stating that the individuals who dispose of the asset (the executors) and the trader (the Company) have to be one and the same person.
So there you have it, the Court of Appeal confirmed that there was no CGT to pay following the sale of the painting. Expect a change in the law very soon!
If you require any advice in relation to this matter please contact us on 01756 793 333 and ask to speak to a member of the private client department. 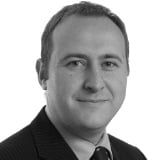 Liam O’Neill
Partner, Wills Trusts and Probate
This blog has been prepared by AWB Charlesworth LLP  as an overview of the legislation and does not constitute advice on any specific matter.  You should not take any action in relation to it without taking detailed legal advice.