Social Media and Your Employees

An employee who posts inappropriate comments on social networking sites about their employer and/or its customers is liable to be disciplined, in particular if the employer has a policy on the use of social media.
Social media in the workplace is an area of law which is developing at pace but Employment Tribunals are becoming more and more inclined to allow employers to use evidence from Facebook or other social media in disciplinary processes.
In a recent case, an employee engaged in a Facebook discussion while on duty in which customers were named and inappropriate comments were made about them. The matter was investigated by the employer who then disciplined and dismissed the employee. The employee’s appeal against her dismissal was unsuccessful so she brought a claim for Unfair Dismissal against her employer which also failed.
In dismissing the employee’s claim, the Tribunal allowed the employer to refer to the employee’s postings on Facebook as they had damaged their reputation. The employee’s right to privacy had been lost because the postings could be shared or forwarded to others. The Tribunal also took account of the fact that the employee had posted the comments during work time and she knew about her employer’s email, internet and intranet policy, which she had breached.
The Tribunal finally indicated that they would have reached a similar decision to dismiss the employee’s claim for Unfair Dismissal even if the postings had been made outside work because her comments were made during a discussion which was clearly about work and had named customers of her employer.
What does this mean for employers? In a disciplinary situation about abuse of social media, it would be reasonable for an employer to refer to any postings/blogs/comments and query them with the employee. More importantly, an employer should also have in place a robust internet use policy covering the use of social media – that policy should also make it clear that an employee should not write or contribute to a blog where the content lowers the reputation of the employer or any of its customers; finally, the employer should reserve the right to take disciplinary action where any breach of the policy occurs.

Employment Partner, Alan Davidson, can advise on or draft your employment contracts and policies. If difficulties with employees do occur, he can also advise on grievances, and compromise agreements and settlements for departing employees. Please get in touch if you require any assistance with these matters, via: direct dial 01756 692 869 or alan.davidson@awbclaw.co.uk 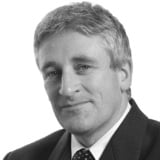