“The law dealing with issues of capacity has moved on significantly in modern times. For example, the Mental Capacity Act 2005 was a very modern piece of legislation and one that acknowledged that whether a person has the capacity to make decisions is both time and issue specific. It recognises that those who have an illness which impacts on their capacity do not become “incapable” in the eyes of the law automatically in relation to all matters. For example, a person may be better able to make decisions at a different time of the day or they may be able to make decisions about some matters but not others. I mention this as I found in and amongst some old property deeds an old Court Order describing a mentally incapable person as an “idiot” and authorising the sale of their property. Things really have moved on since then.

I was therefore very interested to read of a recent case decided in the High Court. The case is Lloyd v Jones and others and the judgment was handed down on 2nd June. A link to the law report can be found here http://www.bailii.org/ew/cases/EWHC/Ch/2016/1308.html

In this case, an elderly famer, Mrs Harris, made a Will in February 2005 without the assistance of a solicitor. In the Will she left a £10,000 legacy to her daughter Sian Lloyd and the rest of her estate, consisting of her farm, worth around £575,000 to her son John Harris and his wife. Many will not be surprised to hear that Sian Lloyd challenged her mother’s Will. This challenge was on the basis that her mother (1) lacked the capacity required to make a Will at the time the disputed Will was made or that (2) the circumstances in which the Will was made were suspicious and that her mother did not know and approve of the contents of the Will.

I won’t go into too much detail here as all of the facts are set out in the judgment. However it was accepted that Mrs Harris suffered from dementia and that this was apparent before the disputed Will was made and that she also suffered from delusions, some of which would see Mrs Harris getting up and wandering around at night. His Honour Judge David Cooke looked at the evidence as a whole and in his judgment, expressed his view that whilst there were health problems which had an impact, they were not sufficient to deprive Mrs Harris of having the capacity required to make a Will. He also concluded that she knew and approved the contents of the disputed Will.

This case, which I am sure if it was decided twenty years ago or earlier, may have had a different outcome is I think another example like Burns v Burns, of a modern view that an impairment does not automatically deprive an individual of the ability to make their own decisions. This is much in keeping with the Mental Capacity Act 2005.

I also believe that cases like that in relation to Mrs Harris be more and more common as we have an ageing population, an increased number of complex families and because younger generations are ever more reliant on inherited wealth than before. Many of us, and lawyers drafting Wills for clients in particular, will need to have an increased awareness of the types of illness which can have an impact on a persons capacity.”

For more information about any matters concerning Wills, Trusts or Probate, contact our Private Client Partner Liam O’Neill on (01756) 692 883 or email liam.oneill@awbclaw.co.uk 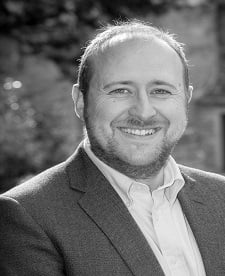