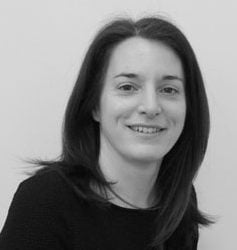 “Lets really feed the world” is an unlikely catch phrase for a commercial property solicitor, but Kerry Milwain who recently joined AWB Charlesworth Solicitors has it as hers.

The link between the two is the work carried out for the Real Junk Food Project, which was founded in Leeds in 2013 by Adam Smith.  The Real Junk Food Project aims to end food waste and from humble beginnings in a café in Armley, now has a movement that has 100 cafes worldwide, 2 warehouses (in Leeds and Sheffield) and, through its education programme Fuel for School, now feeds thousands of children every week in Leeds.  And all this from two simple concepts – taking food regarded as surplus that would otherwise go to landfill and making it available on a “pay as you feel” basis.

The project has gained a huge amount of media attention since it’s inception.  Most notably after it accidentally invented the worlds first “pay as you feel supermarket” last summer.

Kerry became involved with Real Junk Food Project through volunteering at Saltaire Canteen, the first “pay as you feel” café in Bradford, which was established in late 2014.  Through this she began to assist Adam and his team in Leeds using her legal knowledge and contacts to secure the first warehouse in Spring 2016.

Kerry can be contacted on email kerry.milwain@awbclaw.co.uk and her direct dial is 01274 352059. She would be more than happy to have a word on a no obligation basis.