AWB Charlesworth had a great 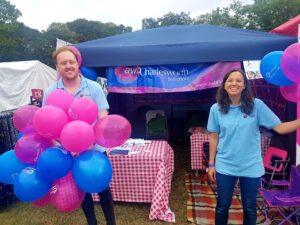 day  attending the Bingley Show on the 21st July.

Attended by 10,000 visitors, the team were pleased to chat to those with enquiries about wills and other legal services, along with handing out balloons to lots of children who were attending the show.

In addition to the trade stand, the firm also offered face painting as a way to raise a bit of extra money for one of the chosen charities One in A Million.  Their Summer FUNdraising Campaign is raising money for the charity to continue the provision of activities and services for Bradford’s children and young people affected by poverty or at risk of poverty.

AWB Charlesworth raised raised nearly £50 for the charity- around 35 kids faces painted.  One of their search providers, TM Searches, kindly agreed to supplement the fundraising by adding a £100 donation, so that is £150 that we are able to donate to One in A Million to help with their summer fundraising. 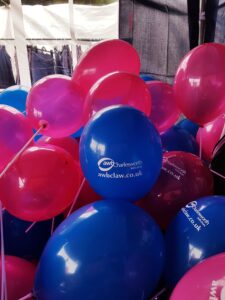