“Thank you all so much for your support, backing and energy. I have really valued getting to know you.” Feedback for Liam O’Neil, and Alan Davidson , from wills,trusts and probate client, December 2018

“Alan is always approachable, open, honest and prompt in returning calls. I would highly recommend his services, and in fact already have done to my brother-in-law who is looking to purchase a house.” Rashid Khan, August 2016.

Alan specialises in Residential Property Work. He qualified as a Solicitor in October 1989 and joined the firm in March 1997.

What interests Alan about his specific area of law? The wide-ranging nature of it: you never know what work is going to happen.

An unusual fact about Alan: when he was young he played in the same football team as former General Secretary of the NUJ, Jeremy Dear and former Danish MP, Morten Peterson, while living in Belgium.

Alan’s best personal quality: He is very hard-working and focused on the job at hand.

The best aspects of his work: Offering an efficient and personal service at a reasonable price.

The most challenging aspect of Alan’s role: Making sure that the upheaval of moving is made as smooth as possible. 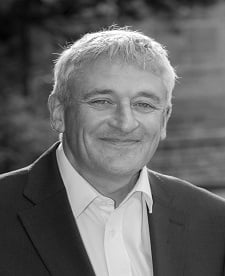