“Thank you for all your time & support for [the project]. We really appreciate it”. Feedback for James Dunn and Katie Miller, Property Client, September 2018

“James continually helped me to understand complex areas of the lease terminology clearly and concisely throughout the process. He took responsibility of managing 3rd parties involved with the lease and ensured that they were dealt with in a professional manner allowing me to focus my attentions on the project of managing the business move. I have worked with several departments of AWB Charlesworth over the last few years and the service James provided was yet again as expected- professional and knowledgeable.” Glenn Broadwell, MD Belvoir Sales and Lettings Guiseley, Commercial Property Client. May 2016.

“We have been very happy with James Dunn as our property solicitor and his responsiveness and efficiency in conducting property matters on our behalf.”Gareth Wooler, RN Wooler

James has specialised in Commercial Property matters throughout his legal career. He graduated from Bristol University with a Law LLB Honours degree in 2003, and he later qualified as a Solicitor in October 2006.

Prior to joining AWB Charlesworth in February 2013,  James worked for a large commercial law firm in Leeds. James became a partner in the firm in October 2015. He was originally a Cardiff local, but has since lived in Leeds and the Aire Valley

Why a career in law? “From an early age I knew that I wanted to be a lawyer. I enjoy the intellectual challenge of commercial property law and helping clients turn their plans into reality. From large developments to office purchases no two transactions are the same and each have their own interesting feature.”

If he were not a lawyer?: James would otherwise want to be a journalist or historian.

His best personal qualities: Honesty, dedication and being hard working.

James’ advice on maintaining a happy office environment: “Making sure everyone feels valued and respected.”

The best aspects of his work: “Working with great clients and a great team.” 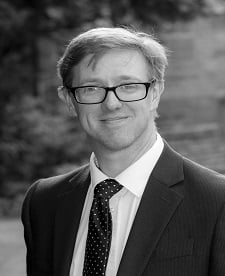